IMDb: 7.0 2009 105 min 608 views
A Serious Man is the story of an ordinary man's search for clarity in a universe where Jefferson Airplane is on the radio and F-Troop is on TV. It is 1967, and Larry Gopnik, a physics professor at a quiet Midwestern university, has just been informed by his wife Judith that she is leaving him. She has fallen in love ...
ComedyDrama

IMDb: 5.7 1998 86 min 437 views
Two decades after surviving a massacre on October 31, 1978, former baby sitter Laurie Strode finds herself hunted by persistent knife-wielder Michael Myers. Laurie now lives in Northern California under an assumed name, where she works as the headmistress of a private school. But it's not far enough to escape Myers, who soon discovers her whereabouts. As Halloween descends upon ...
HorrorThriller 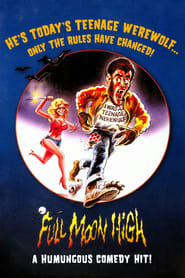 IMDb: 4.8 1981 93 min 399 views
A teenager becomes a werewolf after a family vacation in Transylvania.
ComedyFantasyHorror