Once Upon a Time in Venice

Once Upon a Time in Venice

2017 94 min 624 views
Steve Ford is a private detective in Venice Beach, Calif., who's good with the ladies, bad with the punches and wild about his dog Buddy. When local thugs steal Buddy, Ford turns to Spyder, their devious leader, and forges an unlikely alliance. With help from his best friend, Steve pulls out the big guns to retrieve Spyder's stolen cash and ...
ActionComedyMysteryThriller

IMDb: 7.1 2006 126 min 658 views
Called in to recover evidence in the aftermath of a horrific explosion on a New Orleans ferry, Federal agent Doug Carlin gets pulled away from the scene and taken to a top-secret government lab that uses a time-shifting surveillance device to help prevent crime.
ActionScience FictionThriller

IMDb: 6.4 2003 116 min 427 views
An advice columnist, Andie Anderson (Kate Hudson), tries pushing the boundaries of what she can write about in her new piece about how to get a man to leave you in 10 days. Her editor, Lana (Bebe Neuwirth), loves it, and Andie goes off to find a man she can use for the experiment. Enter executive Ben Berry (Matthew McConaughey), ...
ComedyRomance

IMDb: 8.2 2001 135 min 683 views
At Princeton University, John Nash struggles to make a worthwhile contribution to serve as his legacy to the world of mathematics. He finally makes a revolutionary breakthrough that will eventually earn him the Nobel Prize. After graduate school he turns to teaching, becoming romantically involved with his student Alicia. Meanwhile the government asks his help with breaking Soviet codes, which ...
DramaRomance

IMDb: 7.8 2001 99 min 469 views
Waking Life is about a young man in a persistent lucid dream-like state. The film follows its protagonist as he initially observes and later participates in philosophical discussions that weave together issues like reality, free will, our relationships with others, and the meaning of life.
AnimationDrama 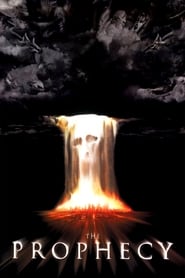 IMDb: 6.5 1995 98 min 414 views
The angel Gabriel comes to Earth to collect a soul which will end the stalemated war in Heaven, and only a former priest and a little girl can stop him.
FantasyHorrorThriller

IMDb: 7.7 1993 102 min 461 views
The adventures of a group of Texas teens on their last day of school in 1976, centering on student Randall Floyd, who moves easily among stoners, jocks and geeks. Floyd is a star athlete, but he also likes smoking weed, which presents a conundrum when his football coach demands he sign a "no drugs" pledge.
ComedyDrama