IMDb: 4.6 2016 95 min 86 views
Ace assassin Frank Kitchen is double crossed by gangsters and falls into the hands of rogue surgeon known as The Doctor who turns him into a woman. The hitman, now a hitwoman, sets out for revenge, aided by a nurse named Johnnie who also has secrets.
ActionCrimeThriller 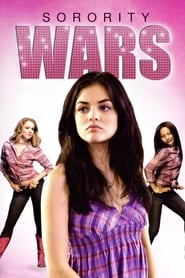 IMDb: 5.9 2009 95 min 469 views
Katie (Lucy Hale) and Sara (Phoebe Strole) have been friends since childhood. They enter college together, where Katie is a prized legacy candidate for the Delta sorority, which was co-founded decades ago by her mother, Lutie (Courtney Thorne-Smith) and Summer (Faith Ford), whose own daughter Gwen (Amanda Schull) now leads the Deltas on campus. Events occur during pledge week to ...
ComedyDramaFamilyTV Movie