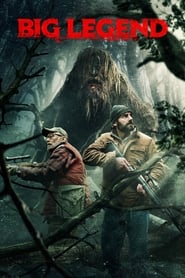 IMDb: 4.5 2018 89 min 1746 views
An ex-soldier ventures into the Pacific Northwest to uncover the truth behind his fiance's disappearance.
ActionHorrorThriller

IMDb: 7.8 1998 77 min 434 views
The Mystery Gang reunite and visit Moonscar Island, a remote island with a dark secret. Daphne wants more than just a villain in a costume, and they get more than they ever expected.
AdventureAnimationComedyFamilyFantasyMystery

IMDb: 4.8 1993 95 min 369 views
Deadbeat dad kidnaps his kids from the bus to an abusive foster home and they go on a run. The cops are after them, they bicker constantly and his idea of a way out is grim, yet this dangerous ride might just turn them into a family.
ActionComedyFamily

IMDb: 6.1 1990 120 min 362 views
Two horror segments based on Edgar Allan Poe stories set in and around the city of Pittsburgh. "The Facts in the Case of M. Valdemar" concerns a cheating wife who is trying to scam her dying husband out of millions by having her doctor/hypnotist lover hypnotize the geezer into signing his dough over to her. The old man dies while ...
HorrorThriller

IMDb: 6.6 1986 96 min 307 views
Self-made millionaire Thornton Melon decides to get a better education and enrolls at his son Jason's college. While Jason tries to fit in with his fellow students, Thornton struggles to gain his son's respect, giving way to hilarious antics.
Comedy

IMDb: 5.4 1982 91 min 386 views
Dr. Alec Holland, hidden away in the depths of a murky swamp, is trying to create a new species - a combination of animal and plant capable of adapting and thriving in the harshest conditions. Unfortunately he becomes subject of his own creation and is transformed. Arcane, desperate for the formula, attempts to capture the Swamp Thing. An explosive chase ...
HorrorScience Fiction 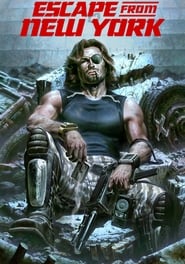 IMDb: 7.2 1981 99 min 402 views
In 1997, the island of Manhattan has been walled off and turned into a giant maximum security prison within which the country's worst criminals are left to form their own anarchic society. However, when the President of the United States crash lands on the island, the authorities turn to a former soldier and current convict, Snake Plissken, to rescue him.
ActionScience Fiction

IMDb: 6.8 1980 89 min 335 views
Strange things begin to occurs as a tiny California coastal town prepares to commemorate its centenary. Inanimate objects spring eerily to life; Rev. Malone stumbles upon a dark secret about the town's founding; radio announcer Stevie witnesses a mystical fire; and hitchhiker Elizabeth discovers the mutilated corpse of a fisherman. Then a mysterious iridescent fog descends upon the village, and ...
Horror