IMDb: 8.1 2004 140 min 584 views
When two brothers are forced to fight in the Korean War, the elder decides to take the riskiest missions if it will help shield the younger from battle.
ActionAdventureDramaHistoryWar

IMDb: 6.8 2002 99 min 426 views
When Joong-Pil, the biggest bully in his high-school by far finds himself harboring feelings for a classmate, his entire identity is thrown off balance. Suddenly his smoking, his drinking, his constant swearing and his habit of pushing underclassmen into walls don't seem like good habits anymore. Without his nastiness, who is he? He might just like this girl enough to ...
ComedyDramaRomance 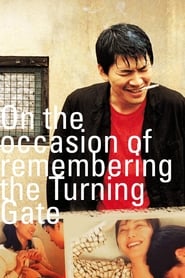 On the Occasion of Remembering the Turning Gate

On the Occasion of Remembering the Turning Gate

IMDb: 7.4 2002 115 min 329 views
Actor Gyung-soo (Kim Sang-kyung) is passed over for a part and decides to leave Seoul and visit a friend. His friend tells him the legend of the "Turning Gate," which foreshadows future events. During his visit, Gyung-soo meets Myung-sook (Ye Ji-won), a girl who quickly falls for him. After a night of passion, he boards the train back for Seoul ...
Drama