IMDb: 6.6 2002 108 min 400 views
The Egyptian Queen Cleopatra bets against the Roman Emperor, Julius Caesar, that her people are still great, even if the times of the Pharaohs has long passed. She vows (against all logic) to build a new palace for Caesar within three months. Since all her architects are either busy otherwise or too conservative in style, this ambivalent honor falls to ...
AdventureComedyFamilyFantasy

IMDb: 6.4 1995 95 min 385 views
After learning of her husband's infidelities, a housewife invites an itinerant lesbian to move in with them. None of their lives will ever be the same again.
ComedyRomance 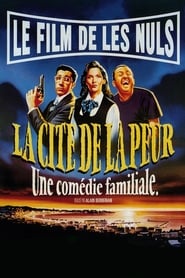 IMDb: 7.7 1994 93 min 347 views
A second-class horror movie has to be shown at Cannes Film Festival, but, before each screening, the projectionist is killed by a mysterious fellow, with hammer and sickle, just as it happens in the film to be shown.
Comedy