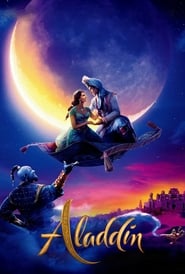 IMDb: 7.2 2019 128 min 579 views
A kindhearted street urchin named Aladdin embarks on a magical adventure after finding a lamp that releases a wisecracking genie while a power-hungry Grand Vizier vies for the same lamp that has the power to make their deepest wishes come true.
AdventureComedyFamilyFantasyRomance 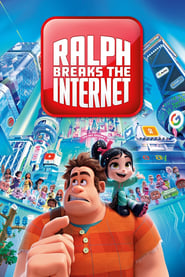 IMDb: 7.5 2018 112 min 1223 views
Six years after the events of "Wreck-It Ralph," Ralph and Vanellope, now friends, discover a wi-fi router in their arcade, leading them into a new adventure.
AnimationComedyFamilyFantasy

2016 133 min 734 views
A rogue band of resistance fighters unite for a mission to steal the Death Star plans and bring a new hope to the galaxy.
ActionAdventureScience Fiction

IMDb: 7.6 2016 107 min 1750 views
In Ancient Polynesia, when a terrible curse incurred by Maui reaches an impetuous Chieftain's daughter's island, she answers the Ocean's call to seek out the demigod to set things right.
AdventureAnimationComedyFamily

2016 108 min 1243 views
Determined to prove herself, Officer Judy Hopps, the first bunny on Zootopia's police force, jumps at the chance to crack her first case - even if it means partnering with scam-artist fox Nick Wilde to solve the mystery.
AdventureAnimationComedyFamily

IMDb: 7.8 2014 102 min 129 views
The special bond that develops between plus-sized inflatable robot Baymax, and prodigy Hiro Hamada, who team up with a group of friends to form a band of high-tech heroes.
ActionAdventureAnimationComedyFamily

2013 102 min 807 views
Young princess Anna of Arendelle dreams about finding true love at her sister Elsa’s coronation. Fate takes her on a dangerous journey in an attempt to end the eternal winter that has fallen over the kingdom. She's accompanied by ice delivery man Kristoff, his reindeer Sven, and snowman Olaf. On an adventure where she will find out what friendship, courage, ...
AdventureAnimationFamily

IMDb: 7.7 2012 108 min 1099 views
Wreck-It Ralph is the 9-foot-tall, 643-pound villain of an arcade video game named Fix-It Felix Jr., in which the game's titular hero fixes buildings that Ralph destroys. Wanting to prove he can be a good guy and not just a villain, Ralph escapes his game and lands in Hero's Duty, a first-person shooter where he helps the game's hero battle ...
AdventureAnimationComedyFamily

Tucker and Dale vs Evil

Tucker and Dale vs Evil

IMDb: 7.6 2010 89 min 419 views
Two hillbillies are suspected of being killers by a group of paranoid college kids camping near the duo's West Virginian cabin. As the body count climbs, so does the fear and confusion as the college kids try to seek revenge against the pair.
ComedyHorror

2007 122 min 557 views
In Arizona in the late 1800s, infamous outlaw Ben Wade and his vicious gang of thieves and murderers have plagued the Southern Railroad. When Wade is captured, Civil War veteran Dan Evans, struggling to survive on his drought-plagued ranch, volunteers to deliver him alive to the "3:10 to Yuma", a train that will take the killer to trial.
Western

2005 119 min 576 views
When the renegade crew of Serenity agrees to hide a fugitive on their ship, they find themselves in an action-packed battle between the relentless military might of a totalitarian regime who will destroy anything – or anyone – to get the girl back and the bloodthirsty creatures who roam the uncharted areas of space. But... the greatest danger of all ...
ActionAdventureScience FictionThriller

2004 115 min 913 views
In 2035, where robots are common-place and abide by the three laws of robotics, a techno-phobic cop investigates an apparent suicide. Suspecting that a robot may be responsible for the death, his investigation leads him to believe that humanity may be in danger.
ActionScience Fiction

IMDb: 6.7 2004 92 min 384 views
When megalomaniacal White Goodman, the owner of a trendy, high-end fitness center, makes a move to take over the struggling local gym run by happy-go-lucky Pete La Fleur, there's only one way for La Fleur to fight back: dodgeball. Aided by a dodgeball guru and Goodman's attorney, La Fleur and his rag-tag team of underdogs launch a knock-down, drag-out battle ...
Comedy

IMDb: 7.5 2002 81 min 585 views
With the impending ice age almost upon them, a mismatched trio of prehistoric critters – Manny the woolly mammoth, Diego the saber-toothed tiger and Sid the giant sloth – find an orphaned infant and decide to return it to its human parents. Along the way, the unlikely allies become friends but, when enemies attack, their quest takes on far nobler ...
AdventureAnimationComedyFamily

IMDb: 6.9 2001 101 min 351 views
A widowed mother and her son change when a mysterious stranger enters their lives.
DramaMystery

IMDb: 6.9 2001 132 min 434 views
William Thatcher, a peasant, is sent to apprentice with a Knight named Hector as a young boy. Urged by his father to "change his Stars", he assumes Sir Hector's place in a tournament when Hector dies in the middle of it. He wins. With the other apprentices, he trains and assumes the title of Sir Ulrich von Lichtenstein.
ActionAdventureDramaRomance

IMDb: 6.0 2000 103 min 440 views
After getting into a car accident while drunk on the day of her sister's wedding, Gwen Cummings is given a choice between prison or a rehab center. She chooses rehab, but is extremely resistant to taking part in any of the treatment programs they have to offer, refusing to admit that she has an alcohol addiction.
ComedyDrama

IMDb: 7.4 2000 111 min 403 views
Grady (Michael Douglas) is a 50-ish English professor who hasn't had a thing published in years -- not since he wrote his award winning "Great American Novel" 7 years ago. This weekend proves even worse than he could imagine as he finds himself reeling from one misadventure to another in the company of a new wonder boy author.
ComedyDrama