IMDb: 7.1 1980 192 min 386 views
Documents reveal in 1980 that the Germans planned to kill the Big Three in Teheran in 1943.This story starts in 1980 in Paris as the memories of Andrei Borodin (Igor Kostolevsky), a Soviet agent, take the action back to 1943 during the Teheran meetings of Stalin, Roosevelt and Churchill. A high-ranking Nazi officer developed a plan to assassinate the three ...
ActionDramaThriller 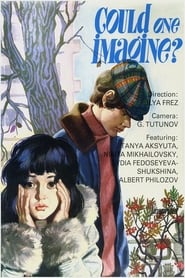 IMDb: 8.0 1980 90 min 371 views
Vam i ne snilos... A movie about two high school kids who meet in class and fall madly in love with each other. Unfortunately, His father and her mother had a history of their own between them which creates uneasiness in both of them. Also because of that, the boy's mother is very jealous and tries to separate them. The ...
DramaFamilyRomance