IMDb: 7.7 1994 91 min 421 views
Polish immigrant Karol Karol finds himself out of a marriage, a job and a country when his French wife, Dominique, divorces him after six months due to his impotence. Forced to leave France after losing the business they jointly owned, Karol enlists fellow Polish expatriate Mikolah to smuggle him back to their homeland.
ComedyDramaMystery

The Double Life of Veronique

The Double Life of Veronique

IMDb: 7.8 1991 97 min 360 views
Veronique is a beautiful young French woman who aspires to be a renowned singer; Weronika lives in Poland, has a similar career goal and looks identical to Veronique, though the two are not related. The film follows both women as they contend with the ups and downs of their individual lives, with Veronique embarking on an unusual romance with Alexandre ...
DramaThriller 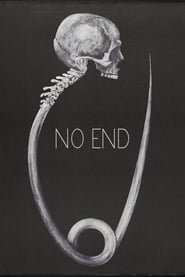 IMDb: 7.7 1985 109 min 487 views
Taking place in a 1982 Poland a translator loses her husband and becomes a victim of her own sorrow. She looks to sex, to her son, to law, and to hypnotism when she has nothing else in this time of martial law when Solidarity was banned.
DramaFantasy