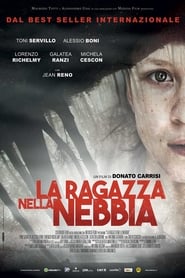 The Girl in the Fog

The Girl in the Fog

2017 128 min 456 views
Based on the bestselling novel by Donato Carrisi, THE GIRL IN THE FOG is a gripping and chilling thriller that brings us to a hazy mountain village where enigmatic Detective Vogel is investigating on the sudden disappearance of fifteen-year-old Anna Lou. But with the case at the heart of a media storm, the fine line between the police and criminals ...
CrimeMysteryThriller