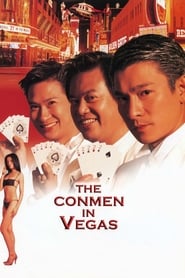 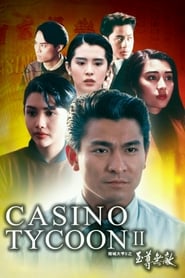 IMDb: 5.4 1992 114 min 349 views
It is 20 years on and Ho Hsin is now the proud and powerful owner of a chain of casinos in Macau. Unfortunately, he is also the target of many enemies, some of whom are in dangerously close proximity to him. But Ho has faced adversity before and is not about to just roll over and die.
CrimeMysteryThriller 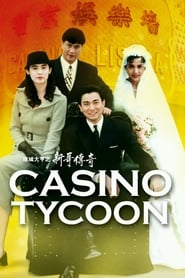 IMDb: 6.0 1992 133 min 316 views
Set in World War II, Casino Tycoon chronicles the story of Benny, a young graduate played by Andy Lau, who flees Hong-Kong during the Japanese invasion and heads for gambling haven Macau. Once in Macau, he impresses a local business man who has ties to organised crime, he slowly builds his way up in the ranks of the Macau underworld ...
CrimeThriller 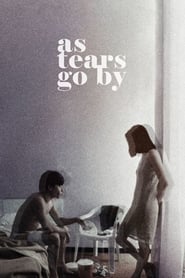 IMDb: 7.1 1988 102 min 436 views
Two parallel stories of Wah caught in the mist of a love affair with his beloved cousin, Ngor and his relationship with his triad brother, Fly, who seems to never fall out of trouble.
ActionCrimeDramaRomanceThriller

Long Arm of the Law II

Long Arm of the Law II

IMDb: 6.9 1987 88 min 339 views
This sequel to the critically-acclaimed box-office winner Long Arm of the Law maintains the same stark realism of the original. In Saga Two, the Royal Hong Kong Police put into operation a new plan to counteract the problem of increasing violent crimes committed by new arrivals from across the border in China. In agreement with Chinese authorities, three Hong Kong ...
ActionCrime

IMDb: 6.3 1987 104 min 386 views
To pay off his debt as a gambler, a man drags his sister and step-brother into a life of crime and a violent war between rival gang lords.
ActionCrime

IMDb: 6.6 1987 88 min 329 views
After being released from prison, Tang Kat-Yung exacts revenge on Li Ah Chai, in this sequel to Rich and Famous.
ActionCrime

IMDb: 5.5 1984 90 min 410 views
A thrilling “whodunit” that weaves in and out of the lives of the residents of a small village. Sex and subterfuge bubble to the surface when the young coquettish Mrs. Wang disappears.
DramaMystery

IMDb: 7.1 1983 95 min 305 views
Yun Fei Yang is the viciously bullied orphan who takes on the unpleasant tasks at a formidable kung-fu school. Constantly mocked by the other students of the school, Yen counts as his only friend the daughter of the resident master. Any internal wrangling between the various members is put to one side when a swordsman from a rival clan reminds ...
Action

IMDb: 6.9 1982 93 min 419 views
When Long Jian-fei is tossed from a cliff by the new sweetheart of his meanspirited ex-girlfriend, the friendly Dameng dragon-dog saves the hapless man's life, and brings him to Flame Cloud Devil, the blind master of the Buddha's Palm technique.
Action