Jumanji: The Next Level

Jumanji: The Next Level

IMDb: N/A 2019 123 min 2097 views
Spencer returns to the world of Jumanji, prompting his friends, his grandfather and his grandfather’s friend to enter a different and more dangerous version to save him.
ActionAdventureComedyFantasy 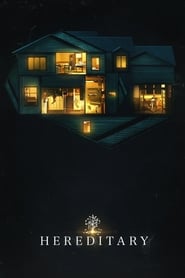 2018 127 min 1969 views
After their reclusive grandmother passes away, the Graham family tries to escape the dark fate they've inherited.
DramaHorrorMysteryThriller

2018 92 min 423 views
Two teenage girls in suburban Connecticut rekindle their unlikely friendship after years of growing apart. In the process, they learn that neither is what she seems to be, and that a murder might solve both of their problems.
DramaThriller

Jumanji: Welcome to the Jungle

Jumanji: Welcome to the Jungle

2017 119 min 2094 views
The tables are turned as four teenagers are sucked into Jumanji's world - pitted against rhinos, black mambas and an endless variety of jungle traps and puzzles. To survive, they'll play as characters from the game.
ActionAdventureComedyFantasy

IMDb: 7.4 2016 133 min 116 views
In the aftermath of an unspeakable act of terror, Police Sergeant Tommy Saunders joins courageous survivors, first responders and investigators in a race against the clock to hunt down the Boston Marathon bombers before they strike again.
ActionCrimeDrama