IMDb: 5.5 1994 105 min 387 views
Those Cleveland Indians are at it again! After losing in the ALCS the year before, the Indians are determined to make it into the World Series this time! First, though, they have to contend with Rachel Phelps again when she buys back the team. Also, has Rick "Wild Thing" Vaughn lost his edge? Are Jake's knees strong enough to make ...
Comedy

Indiana Jones and the Last Crusade

Indiana Jones and the Last Crusade

IMDb: 8.3 1989 127 min 405 views
When Dr. Henry Jones Sr. suddenly goes missing while pursuing the Holy Grail, eminent archaeologist Indiana must team up with Marcus Brody, Sallah and Elsa Schneider to follow in his father's footsteps and stop the Nazis from recovering the power of eternal life.
ActionAdventure 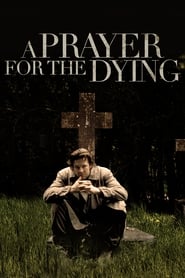 A Prayer for the Dying

A Prayer for the Dying

A View to a Kill

A View to a Kill

IMDb: 6.3 1985 131 min 398 views
A newly developed microchip designed by Zorin Industries for the British Government that can survive the electromagnetic radiation caused by a nuclear explosion has landed in the hands of the KGB. James Bond must find out how and why. His suspicions soon lead him to big industry leader Max Zorin.
ActionAdventureThriller