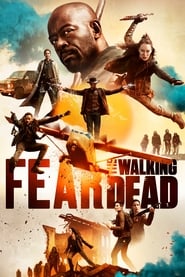 IMDb: 6.3 2015 726 views
What did the world look like as it was transforming into the horrifying apocalypse depicted in "The Walking Dead"? This spin-off set in Los Angeles, following new characters as they face the beginning of the end of the world, will answer that question.
DramaHorror

IMDb: 5.8 2014 89 min 75 views
As a new day begins in the town of Silverton, its residents have little reason to believe it will be anything other than ordinary. Mother Nature, however has other plans. In the span of just a few hours, an unprecedented onslaught of powerful tornadoes ravages Silverton. Storm trackers predict that the worst is still to come, as terrified residents seek ...
ActionThriller