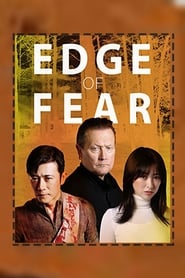 IMDb: N/A 2018 91 min 563 views
After being stabbed in the heart by ruthless home invaders, a man is left for dead. Now weak, outnumbered, and knife sticking from his chest, he attempts to do the impossible: save his wife from these murderers before he bleeds to death.
Thriller

A Good Day to Die Hard

A Good Day to Die Hard

IMDb: 5.3 2013 98 min 656 views
Iconoclastic, take-no-prisoners cop John McClane, finds himself for the first time on foreign soil after traveling to Moscow to help his wayward son Jack - unaware that Jack is really a highly-trained CIA operative out to stop a nuclear weapons heist. With the Russian underworld in pursuit, and battling a countdown to war, the two McClanes discover that their opposing ...
ActionThriller

IMDb: 6.2 2011 120 min 91 views
Tired of the noise and madness of New York and the crushing conventions of late Eisenhower-era America, itinerant journalist Paul Kemp travels to the pristine island of Puerto Rico to write for a local San Juan newspaper run by the downtrodden editor Lotterman. Adopting the rum-soaked lifestyle of the late ‘50s version of Hemingway’s 'The Lost Generation', Paul soon becomes ...
ComedyDrama

IMDb: 5.7 2009 88 min 787 views
A crew of officers at an armored transport security firm risk their lives when they embark on the ultimate heist against their own company. Armed with a seemingly fool-proof plan, the men plan on making off with a fortune with harm to none. But when an unexpected witness interferes, the plan quickly unravels and all bets are off.
ActionCrimeDramaMysteryThriller

IMDb: 5.4 2008 100 min 585 views
Coming together to solve a series of murders in New York City are a DEA agent whose family was slain as part of a conspiracy and an assassin out to avenge her sister's death. The duo will be hunted by the police, the mob, and a ruthless corporation.
ActionDrama

IMDb: 5.9 2003 107 min 534 views
It's a major double-cross when former police officer Brian O'Conner teams up with his ex-con buddy Roman Pearce to transport a shipment of "dirty" money for shady Miami-based import-export dealer Carter Verone. But the guys are actually working with undercover agent Monica Fuentes to bring Verone down.
ActionCrimeThriller