IMDb: 4.1 1992 100 min 416 views
Just before bounty hunter Charile triggers his gun to destroy the last two Critter-eggs, he gets a message that it would be illegal to extinguish the race from the galaxy. He's sent a transporter where he puts the eggs - unfortunately the transporter takes him with it and then gets lost in space.
ComedyHorrorScience FictionThriller 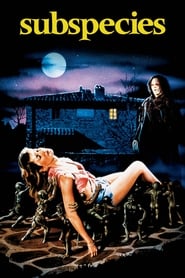 IMDb: 5.7 1991 83 min 346 views
The evil vampire villain Radu returns to his hometown of Prejnar, after spending years in exile. He steals the precious blood stone which is said to be bleeding from all saints, from his father and kills him. Meanwhile two American schoolgirls teams up with a local girl for a work on Roumanian culture. Radu becomes attracted to them but runs ...
FantasyHorror