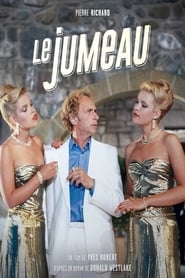 IMDb: 6.1 1984 104 min 435 views
Matthias Duval is in love, but he can't choose between the two twin sisters Betty and Liz Kerner. To pick up the two sisters, he invents his own twin brother and will play both characters.
Comedy

IMDb: 6.2 1982 113 min 424 views
A middle-aged artist (Ben Gazarra) sketching on the beach witnesses a young woman (Ornella Muti) being rescued from drowning. He loans her a blanket. Later she returns the blanket and they have sex several times, but she always leaves right afterward, leaving the man to wonder who she is and where she goes. Things become more complicated as he begins ...
DramaThriller

IMDb: 7.4 1980 131 min 427 views
In occupied Paris, an actress married to a Jewish theater owner must keep him hidden from the Nazis while doing both of their jobs.
DramaRomanceWar