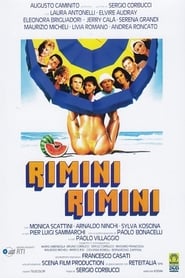 IMDb: 4.6 1987 114 min 413 views
Funny, entertaining comedy with a few storylines. All of them have one thing in common - a resort town of Rimini in Italy.
Comedy

IMDb: 5.4 1985 97 min 414 views
Hard and dangerous service. Needed to extinguish fires, but what if there is a fire between the legs?
Comedy

IMDb: 7.0 1984 98 min 325 views
Trainer Oronzo Canà is called to manage Longobarda, the team of a small town of Northern Italy, when it's promoted to the First Division. His only task is not to go back to the Second Division, but even the team's owner plays against Longobarda since the First Division is too expensive, and the young Brazilian player bought for the team ...
Comedy