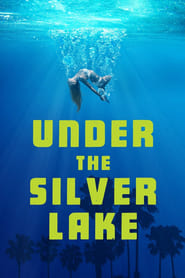 Under the Silver Lake

Under the Silver Lake

IMDb: 6.8 2018 139 min 481 views
Young and disenchanted Sam meets a mysterious and beautiful woman who's swimming in his building's pool one night. When she suddenly vanishes the next morning, Sam embarks on a surreal quest across Los Angeles to decode the secret behind her disappearance, leading him into the murkiest depths of mystery, scandal and conspiracy.
ComedyCrimeDramaMysteryThriller

2014 142 min 734 views
For Peter Parker, life is busy. Between taking out the bad guys as Spider-Man and spending time with the person he loves, Gwen Stacy, high school graduation cannot come quickly enough. Peter has not forgotten about the promise he made to Gwen’s father to protect her by staying away, but that is a promise he cannot keep. Things will change ...
ActionAdventureFantasy

2012 136 min 732 views
Peter Parker is an outcast high schooler abandoned by his parents as a boy, leaving him to be raised by his Uncle Ben and Aunt May. Like most teenagers, Peter is trying to figure out who he is and how he got to be the person he is today. As Peter discovers a mysterious briefcase that belonged to his father, ...
ActionAdventureFantasy

2010 120 min 465 views
On a fall night in 2003, Harvard undergrad and computer programming genius Mark Zuckerberg sits down at his computer and heatedly begins working on a new idea. In a fury of blogging and programming, what begins in his dorm room as a small site among friends soon becomes a global social network and a revolution in communication. A mere six ...
Drama

IMDb: 7.2 2010 104 min 734 views
As children, Kathy, Ruth, and Tommy spend their childhood at an idyllic and secluded English boarding school. As they grow into adults, they must come to terms with the complexity and strength of their love for one another while also preparing for the haunting reality awaiting them.
DramaRomanceScience Fiction

The Imaginarium of Doctor Parnassus

The Imaginarium of Doctor Parnassus

IMDb: 6.8 2009 123 min 359 views
A traveling theater company gives its audience much more than they were expecting.
AdventureFantasyMystery