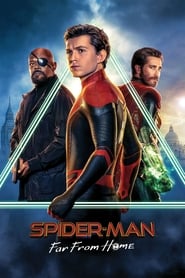 IMDb: N/A 2019 129 min 3728 views
Peter Parker and his friends go on a summer trip to Europe. However, they will hardly be able to rest - Peter will have to agree to help Nick Fury uncover the mystery of creatures that cause natural disasters and destruction throughout the continent.
ActionAdventureScience Fiction

2018 95 min 1174 views
16-year old Rhiannon falls in love with a mysterious spirit named “A” that inhabits a different body every day. Feeling an unmatched connection, Rhiannon and “A” work each day to find each other, not knowing what the next day will bring.
DramaFantasyRomance