IMDb: 6.2 2013 100 min 574 views
In postwar Hong Kong, legendary Wing Chun grandmaster Ip Man is reluctantly called into action once more, when what begin as simple challenges from rival kung fu styles soon draw him into the dark and dangerous underworld of the Triads. Now, to defend life and honor, he has no choice but to fight one last time...
ActionDrama 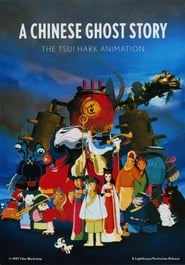 IMDb: 6.7 1997 84 min 390 views
A young man falls in love with a ghost and must avoid a variety of ghostbusters out to eliminate her and each other.
ActionAnimationComedyFantasyRomance

God of Gamblers 3: The Early Stage

God of Gamblers 3: The Early Stage

IMDb: 6.2 1996 110 min 417 views
Following Ko Chun's earlier years as he battles for the position he was destined for: The God of Gamblers.
ActionComedyDrama

IMDb: 6.9 1995 100 min 399 views
Former member of a triad, Sun seeks to emigrate to Canada. He decides to become a great chef of chinese cooking and follows the teaching master Au.
ActionComedyRomance

From Beijing with Love

From Beijing with Love

IMDb: 7.2 1994 94 min 414 views
After a giant dinosaur skull is stolen, the head of the Chinese secret police decides to assign the case to the force's most incompetent reject: a rural butcher who stands around all day drinking martinis (shaken, not stirred). With a trunkload of insanely useless gadgets and a contact who constantly tries to kill him, the young agent must locate the ...
ActionComedy

IMDb: 6.8 1993 111 min 374 views
Jet Li stars in this comic spectacle as a Chinese "Robin Hood" who stumbles upon a kidnapping scheme after unwittingly opening a martial arts school next to a brothel!
ActionComedy 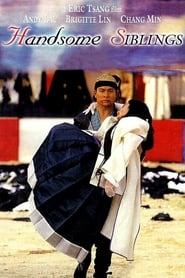 IMDb: 6.0 1992 102 min 386 views
One hundred seventy years ago, a wise monk made a section of land known as the Villians Valley, a sanctuary. Anyone who came to the valley was considered protected and safe from the law. The proclamation also stated that they should have a chance at repentance. The Master of Eva Palace, who is now master of the martial arts world, ...
Action