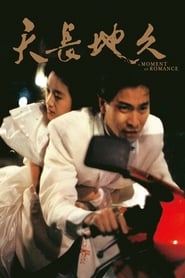 IMDb: 7.5 1990 87 min 395 views
A story of a bank heist that almost ended in disaster (for the robbers) until their getaway driver Wah Dee (Andy Lau) took a young woman Jo Jo(Jacklyn Wu) hostage. After preventing her from getting killed by his accomplices, both began a forbidden relationship causing mayhem and chaos for their friends and family.
ActionCrimeDramaRomance

IMDb: 6.8 1982 93 min 360 views
King Kong, a clever thief who steals a cache of diamonds from some gangsters, frames another thief called White Glove for the crime. That's when the bald detective Albert Au, who has been chasing King Kong for quite some time, pairs with the volatile female Superintendent Ho to bring him to justice. King Kong ends up joining the good guys ...
ActionComedy