IMDb: 5.9 1984 100 min 423 views
In the near future, a police officer specializes in malfunctioning robots. When a robot turns out to have been programmed to kill, he begins to uncover a homicidal plot to create killer robots... and his son becomes a target.
CrimeScience FictionThriller

IMDb: 5.4 1980 92 min 368 views
This slasher movie follows a relentless killer who is out to avenge the death of a young girl who died after being bullied and teased by four of her classmates. Now high-school students, the guilt-ridden kids have kept their involvement a secret, but when they start being murdered, one by one, it's clear that someone knows the truth. Also coping ...
HorrorMysteryThriller 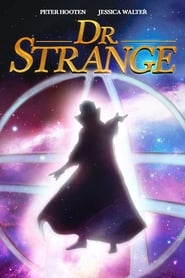 1978 93 min 588 views
A psychiatrist becomes the new Sorcerer Supreme of the Earth in order to battle an evil Sorceress from the past.
ActionAdventureFantasyScience FictionTV Movie