IMDb: N/A 2019 124 min 2843 views
The story follows Carol Danvers as she becomes one of the universe’s most powerful heroes when Earth is caught in the middle of a galactic war between two alien races. Set in the 1990s, Captain Marvel is an all-new adventure from a previously unseen period in the history of the Marvel Cinematic Universe.
ActionAdventureScience Fiction

IMDb: 7.0 2015 107 min 7 views
An ageing rock star decides to change his life when he discovers a 40-year-old letter written to him by John Lennon.
ComedyDramaMusic

The Kids Are All Right

The Kids Are All Right

IMDb: 7.0 2010 106 min 411 views
Two women, Nic and Jules, brought a son and daughter into the world through artificial insemination. When one of their children reaches age, both kids go behind their mothers' backs to meet with the donor. Life becomes so much more interesting when the father, two mothers and children start to become attached to each other.
ComedyDrama

IMDb: 7.5 2003 139 min 546 views
A former gunslinger is forced to take up arms again when he and his cattle crew are threatened by a corrupt lawman.
Western

IMDb: 8.4 1999 122 min 466 views
Lester Burnham, a depressed suburban father in a mid-life crisis, decides to turn his hectic life around after developing an infatuation with his daughter's attractive friend.
Drama 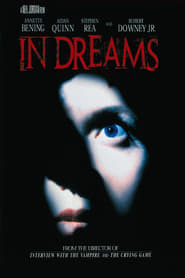 IMDb: 5.5 1999 100 min 408 views
A suburban housewife learns that she has psychic connections to a serial killer, and can predict this person's motives through her dreams.
DramaThriller

IMDb: 6.3 1998 116 min 698 views
The secret US abduction of a suspected terrorist leads to a wave of terrorist attacks in New York that lead to the declaration of martial law.
ActionCrimeDramaThriller

IMDb: 6.3 1996 106 min 629 views
'We come in peace' is not what those green men from Mars mean when they invade our planet, armed with irresistible weapons and a cruel sense of humor. This star studded cast must play victim to the alien’s fun and games in this comedy homage to science fiction films of the '50s and '60s.
ComedyFantasyScience Fiction

IMDb: 6.8 1995 106 min 475 views
Widowed U.S. president Andrew Shepherd, one of the world's most powerful men, can have anything he wants -- and what he covets most is Sydney Ellen Wade, a Washington lobbyist. But Shepherd's attempts at courting her spark wild rumors and decimate his approval ratings.
ComedyDramaRomance

IMDb: 6.8 1991 134 min 436 views
New York gangster Ben 'Bugsy' Siegel takes a brief business trip to Los Angeles. A sharp-dressing womanizer with a foul temper, Siegel doesn't hesitate to kill or maim anyone crossing him. In L.A. the life, the movies, and most of all strong-willed Virginia Hill detain him while his family wait back home. Then a trip to a run-down gambling joint ...
CrimeDramaMystery

IMDb: 6.7 1991 108 min 376 views
Henry is a lawyer who survives a shooting only to find he cannot remember anything. If that weren't enough, Henry also has to recover his speech and mobility, in a life he no longer fits into. Fortunately, Henry has a loving wife and daughter to help him.
DramaRomance

IMDb: 7.0 1990 110 min 436 views
A young short-con grifter suffers both injury and the displeasure of reuniting with his criminal mother, all the while dating an unpredictable young lady.
CrimeDrama

Postcards from the Edge

Postcards from the Edge

IMDb: 6.7 1990 101 min 355 views
Substance-addicted Hollywood actress Suzanne Vale is on the skids. After a spell at a detox centre her film company insists as a condition of continuing to employ her that she live with her mother Doris Mann, herself once a star and now a champion drinker. Such a set-up is bad news for Suzanne who has struggled for years to get ...
ComedyDrama

IMDb: 7.0 1989 137 min 395 views
Set in Baroque France, a scheming widow and her lover make a bet regarding the corruption of a recently married woman. The lover, Valmont, bets that he can seduce her, even though she is an honorable woman. If he wins, he can have his lover to do as he will. However, in the process of seducing the married woman, Valmont ...
DramaRomance

IMDb: 6.6 1988 91 min 300 views
It's vacation time for outdoorsy Chicago man Chet Ripley, along with his wife, Connie, and their two kids, Buck and Ben. But a serene weekend of fishing at a Wisconsin lakeside cabin gets crashed by Connie's obnoxious brother-in-law, Roman Craig, his wife, Kate, and the couple's two daughters. As the excursion wears on, the Ripleys find themselves at odds with ...
Comedy