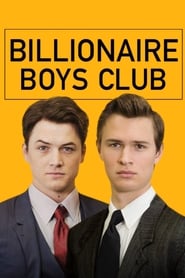 IMDb: N/A 2018 110 min 1146 views
A group of wealthy boys in Los Angeles during the early 1980s establish a get rich quick scam that turns deadly.
DramaThriller

2017 113 min 1232 views
After being coerced into working for a crime boss, a young getaway driver finds himself taking part in a heist doomed to fail.
ActionCrime

2016 121 min 620 views
Beatrice Prior and Tobias Eaton venture into the world outside of the fence and are taken into protective custody by a mysterious agency known as the Bureau of Genetic Welfare.
ActionAdventureMysteryScience Fiction

2015 119 min 725 views
Beatrice Prior must confront her inner demons and continue her fight against a powerful alliance which threatens to tear her society apart.
ActionAdventureScience FictionThriller

The Fault in Our Stars

The Fault in Our Stars

2014 125 min 787 views
Despite the tumor-shrinking medical miracle that has bought her a few years, Hazel has never been anything but terminal, her final chapter inscribed upon diagnosis. But when a patient named Augustus Waters suddenly appears at Cancer Kid Support Group, Hazel's story is about to be completely rewritten.
DramaRomance

2014 139 min 782 views
In a world divided into factions based on personality types, Tris learns that she's been classified as Divergent and won't fit in. When she discovers a plot to destroy Divergents, Tris and the mysterious Four must find out what makes Divergents dangerous before it's too late.
ActionAdventureScience Fiction

IMDb: 5.9 2013 100 min 142 views
A reimagining of the classic horror tale about Carrie White, a shy girl outcast by her peers and sheltered by her deeply religious mother, who unleashes telekinetic terror on her small town after being pushed too far at her senior prom.
DramaHorror