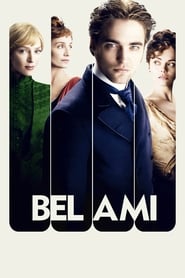 IMDb: 5.3 2012 102 min 83 views
Georges Duroy travels through 1890s Paris, from cockroach ridden garrets to opulent salons, using his wits and powers of seduction to rise from poverty to wealth, from a prostitute’s embrace to passionate trysts with wealthy beauties, in a world where politics and media jostle for influence, where sex is power and celebrity an obsession.
DramaRomance

For Love or Money

For Love or Money

IMDb: 6.1 1993 94 min 400 views
New York concierge Doug Ireland wants to go into business for himself and refurbish a hotel on Roosevelt Island, N.Y., but he needs an investor. With a few weeks left before his option on the site runs out, Doug agrees to help wealthy Christian Hanover conceal his affair with salesgirl Andy Hart from his wife. Despite his own attraction to ...
ComedyRomance

IMDb: 6.8 1985 109 min 411 views
Sherlock Holmes and Dr. Watson meet as boys in an English Boarding school. Holmes is known for his deductive ability even as a youth, amazing his classmates with his abilities. When they discover a plot to murder a series of British business men by an Egyptian cult, they move to stop it.
ActionAdventureFamily

IMDb: 7.3 1982 103 min 347 views
Peter Greenaway's first fiction feature (after the mock-documentary The Falls) made him immediately famous and was named one of the most original films of the 1980s by British critics. The action is set in the director's beloved 17th century. Ambitious young artist Mr. Neville (Anthony Higgins) is invited by Mrs. Herbert (Janet Suzman) to make 12 elaborate sketches of her ...
ComedyMysteryRomance

IMDb: 8.5 1981 115 min 418 views
When Dr. Indiana Jones – the tweed-suited professor who just happens to be a celebrated archaeologist – is hired by the government to locate the legendary Ark of the Covenant, he finds himself up against the entire Nazi regime.
ActionAdventure