IMDb: 5.5 1990 96 min 375 views
Norman Bates is again released from the mental hospital he was placed in at the end of Psycho III after serving another few years and is apparently rehabiliated for the second time. Norman is now married to a young nurse named Connie and is expecting a child. However, Norman fears that the child will inherit his mental illness. Meanwhile, Fran ...
HorrorMysteryThrillerTV Movie

IMDb: 5.3 1986 93 min 340 views
Norman Bates is still running his little motel, and he has kept the dressed skeleton he calls mother. One of his guests is a young girl who has left the convent where she lived. To get some help he employs a young man. One day a nosey journalist comes to see him to ask questions about his past.
HorrorThriller

IMDb: 6.4 1984 112 min 380 views
Joanna Crane lives a double life. During the day she works as fashion designer but during the night she is the high class prostitute China Blue. As she is accused for industrial spying, Bobby Grady is hired to shadow her. However, they fall in love. Meanwhile a psychopathic preacher starts stalking her.
CrimeDramaHorrorRomanceThriller

IMDb: 6.4 1983 113 min 351 views
After years of treatment at a mental institution for the criminally insane, serial killer Norman Bates is finally released. Deciding to move back into his long-dead mother's infamous old house, he soon finds himself tormented by "her" demands and begins to question his own sanity.
HorrorMysteryThriller 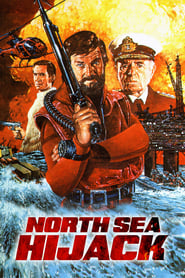 1980 100 min 413 views
A terrorist (Anthony Perkins) holds an offshore drilling rig and production platform for ransom in the North Sea. Ffolkes (Roger Moore) a wealthy eccentric, volunteers to send his crack team of soldiers in to stop the terrorists. With few other options available, the British Government reluctantly accepts his help.
ActionAdventureThriller