IMDb: 6.5 1987 119 min 387 views
Plan Aurora, led by Kim Philby is a plan that breaches the top-secret Fourth Protocol and turns the fears that shaped it into a living nightmare. A crack Soviet agent, placed under cover in a quiet English country town, begins to assemble a nuclear bomb, whilst MI5 agent John Preston attempts to prevent it's detonation.
ActionDramaThriller 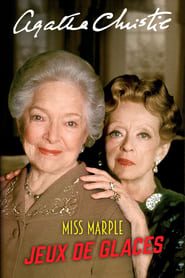 IMDb: 6.8 1985 100 min 286 views
Marple has been summoned to the lavish country estate of her old friend Carrie Louise Serrocold (Bette Davis). Carrie's stepson has been killed, and she fears that his won't be the last corpse to befoul the estate. She's right, and the game is afoot for Miss Marple once more.
CrimeThriller