IMDb: 6.0 1988 115 min 468 views
In a seaside California town, best friends Mac and Nick are on opposite sides of the law. Mac is a former drug dealer trying to clean up his act, while Nick is a high-profile detective trying to take down a Mexican drug lord named Carlos. Soon Nick's loyalties are put to the test when he begins an affair with restaurateur ...
ActionAdventureCrimeRomanceThriller 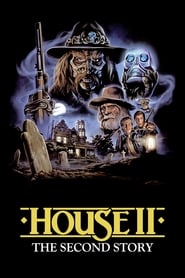 IMDb: 5.4 1987 88 min 410 views
Young urban professionals Jesse (Arye Gross) and his girlfriend Kate (Lar Park Lincoln), move into an old mansion that has been in Jesse's family for generations. They are soon joined by Jesse's goofy friend Charlie (Jonathan Stark), who brought along his diva girlfriend Lana (Amy Yasbeck), in the hopes of being discovered by Kate, who works for a record company. ...
ComedyFantasyHorror 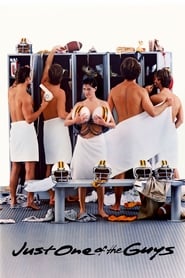 IMDb: 6.5 1985 100 min 336 views
When Terry Griffith loses her high school's writing competition, she's convinced that it's because she's a girl. So Terry decides to change high schools and pose as a boy to prove her point. Her brother, Buddy, helps her pass as a guy so well that she is soon making friends with the boys at school, including the attractive Rick, who ...
ComedyRomance