IMDb: 6.6 2019 87 min 649 views
While struggling to save her father during a Category 5 hurricane, a young woman finds herself trapped inside a flooding house and fighting for her life against Florida’s most savage and feared predators.
ActionDramaHorrorThriller

IMDb: 5.6 2016 105 min 105 views
Looking for any way to get away from the life and town he was born into, Tripp, a high school senior, builds a Monster Truck from bits and pieces of scrapped cars. After an accident at a nearby oil-drilling site displaces a strange and subterranean creature with a taste and a talent for speed, Tripp may have just found the ...
ActionComedyScience Fiction

2015 132 min 839 views
Thomas and his fellow Gladers face their greatest challenge yet: searching for clues about the mysterious and powerful organization known as WCKD. Their journey takes them to the Scorch, a desolate landscape filled with unimaginable obstacles. Teaming up with resistance fighters, the Gladers take on WCKD’s vastly superior forces and uncover its shocking plans for them all.
ActionScience FictionThriller

IMDb: 6.4 2013 149 min 103 views
The Texas Rangers chase down a gang of outlaws led by Butch Cavendish, but the gang ambushes the Rangers, seemingly killing them all. One survivor is found, however, by an American Indian named Tonto, who nurses him back to health. The Ranger, donning a mask and riding a white stallion named Silver, teams up with Tonto to bring the unscrupulous ...
ActionAdventureWestern

IMDb: 6.2 2013 109 min 71 views
In a broken city rife with injustice, ex-cop Billy Taggart seeks redemption and revenge after being double-crossed and then framed by its most powerful figure, the mayor. Billy's relentless pursuit of justice, matched only by his streetwise toughness, makes him an unstoppable force - and the mayor's worst nightmare.
CrimeDramaThriller

IMDb: 7.6 2010 110 min 551 views
Following the murder of her father by hired hand Tom Chaney, 14-year-old farm girl Mattie Ross sets out to capture the killer. To aid her, she hires the toughest U.S. Marshal she can find, a man with "true grit," Reuben J. "Rooster" Cogburn. Mattie insists on accompanying Cogburn, whose drinking, sloth, and generally reprobate character do not augment her faith ...
AdventureDramaWestern

IMDb: 7.6 2008 123 min 495 views
An IRS agent with a fateful secret embarks on an extraordinary journey of redemption by forever changing the lives of seven strangers.
Drama

IMDb: 7.7 2002 135 min 595 views
The filmed adaptation from David Benioff's novel of the same name. Set in New York, a convicted drug dealer named Monty has one day left of freedom before he is sent to prison. Anger, blame, frustration, betrayal, guilt and loneliness are themes on this last day of friends, family, parties, saying goodbye, and setting things straight. A Spike Lee joint.
CrimeDrama 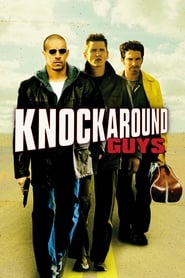 IMDb: 2.4 2000 118 min 447 views
In the year 3000, man is no match for the Psychlos, a greedy, manipulative race of aliens on a quest for ultimate profit. Led by the powerful Terl, the Psychlos are stripping Earth clean of its natural resources, using the broken remnants of humanity as slaves. What is left of the human race has descended into a near primitive state. ...
ActionScience FictionWar

Enemy of the State

Enemy of the State