IMDb: 7.4 1982 92 min 365 views
Benjy Stone is the junior writer on the top rated variety/comedy show, in the mid 50s (the early years). Alan Swann, an Erol Flynn type actor with a drinking problem is to be that weeks guest star.
ComedyDrama

IMDb: 6.5 1982 106 min 337 views
A nebbish of a morgue attendant gets shunted back to the night shift where he is shackled with an obnoxious neophyte partner who dreams of the "one great idea" for success. His life takes a bizarre turn when a prostitute neighbour complains about the loss of her pimp. His partner, upon hearing the situation, suggests that they fill that opening ...
Comedy 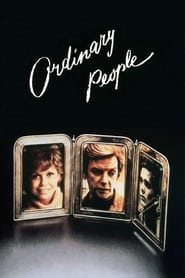 IMDb: 7.8 1980 124 min 371 views
Beth, Calvin, and their son Conrad are living in the aftermath of the death of the other son. Conrad is overcome by grief and misplaced guilt to the extent of a suicide attempt. He is in therapy. Beth had always preferred his brother and is having difficulty being supportive to Conrad. Calvin is trapped between the two trying to hold ...
Drama