2019 117 min 1864 views
Henry Brogen, an aging assassin tries to get out of the business but finds himself in the ultimate battle: fighting his own clone who is 25 years younger than him and at the peak of his abilities.
ActionScience FictionThriller 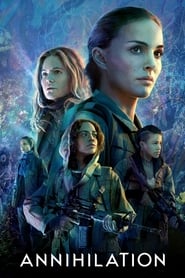 2018 115 min 4486 views
A biologist signs up for a dangerous, secret expedition into a mysterious zone where the laws of nature don't apply.
AdventureDramaFantasyHorrorMysteryScience FictionThriller

2016 115 min 3620 views
After his career is destroyed, a brilliant but arrogant surgeon gets a new lease on life when a sorcerer takes him under his wing and trains him to defend the world against evil.
ActionAdventureFantasyScience Fiction

IMDb: 6.2 2013 100 min 101 views
Homeless and on the run from a military court martial, a damaged ex-special forces soldier navigating London's criminal underworld seizes an opportunity to assume another man's identity, transforming into an avenging angel in the process.
ActionThriller

IMDb: 7.9 2009 97 min 504 views
With only three weeks left in his three year contract, Sam Bell is getting anxious to finally return to Earth. He is the only occupant of a Moon-based manufacturing facility along with his computer and assistant, GERTY. When he has an accident however, he wakens to find that he is not alone.
DramaScience Fiction

IMDb: 7.3 2007 107 min 366 views
Fifty years into the future, the sun is dying, and Earth is threatened by arctic temperatures. A team of astronauts is sent to revive the Sun — but the mission fails. Seven years later, a new team is sent to finish the mission as mankind’s last hope.
Science FictionThriller