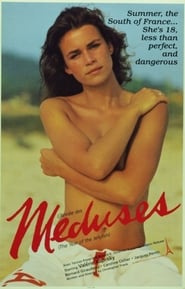 Year of the Jellyfish

Year of the Jellyfish

IMDb: 5.6 1984 110 min 530 views
Chris, a sexy teenager who appears mostly bare-breasted on the French Riviera, has a crush on Romain, her mother's lover. In reaction to her inability to attract his attention, she experiments with other risque affairs.
DramaRomanceThriller

IMDb: 5.4 1984 490 views
In this run-of-the-mill crime drama, Bernard Giraudeau is Daniel Chetman, someone who wants to leave the life of violence he knew in his neighborhood -- and cannot do so because his nemesis, a strutting street gangster now involved with organized crime, continues to terrorize the inhabitants of Chetman's turf. After much spilled blood, a parade of ugly underground types, and ...
Crime

IMDb: 6.3 1982 105 min 525 views
Set amid the European community in an unspecified North African country, a colony on the verge of nationalism just before the war. And colonized is what happens to a French diplomat, Julien Rochelle, when he meets the mysterious beauty Clothilde de Watteville. Schmid 's favorite axiom, that love is projection, never had such a thorough airing. Is Clothilde really the ...
DramaRomance

IMDb: 6.7 1980 110 min 585 views
Le Boum is the story of a 13-year-old French girl dealing with moving to a new city and school in Paris, while at the same time her parents are getting a divorce.
ComedyDramaRomance