IMDb: 5.8 2003 98 min 598 views
After a car crash, a criminal psychologist (Halle Berry) comes to, only to find that she's a patient in the same mental institution that currently employs her. It seems she's been accused of murdering her husband -- but she has no memory of committing the crime. As she tries to regain her memory and convince her co-workers of her innocence, ...
HorrorThriller

IMDb: 5.5 2002 92 min 501 views
In ancient Egypt, peasant Mathayus is hired to exact revenge on the powerful Memnon and the sorceress Cassandra, who are ready to overtake Balthazar's village. Amid betrayals, thieves, abductions and more, Mathayus strives to bring justice to his complicated world.
ActionAdventureFantasyScience Fiction

IMDb: 6.6 1999 127 min 484 views
Boozer, skirt chaser, careless father. You could create your own list of reporter Steve Everett's faults but there's no time. A San Quentin Death Row prisoner is slated to die at midnight – a man Everett has suddenly realized is innocent.
CrimeDramaMysteryThriller

The Ghost and the Darkness

The Ghost and the Darkness

IMDb: 6.8 1996 109 min 344 views
Sir Robert Beaumont is behind schedule on a railroad in Africa. Enlisting noted engineer John Henry Patterson to right the ship, Beaumont expects results. Everything seems great until the crew discovers the mutilated corpse of the project's foreman, seemingly killed by a lion. After several more attacks, Patterson calls in famed hunter Charles Remington, who has finally met his match ...
Adventure

IMDb: 7.2 1989 108 min 364 views
Wondering what has happened to herself, now feeling stagnant and in a rut, Shirley Valentine finds herself regularly talking to the wall while preparing her husband's chips and egg. When her best friend wins a trip-for-two to Greece Shirley begins to see the world, and herself, in a different light.
ComedyDramaRomance 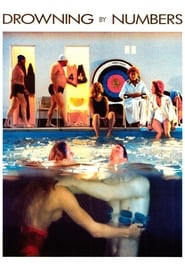 IMDb: 7.3 1988 118 min 383 views
An ironic black comedy of love and death that takes place an a lyrically beautiful landscape. Three related women, all named Cissie Colpitts share a solidarity for one another which brings about three copy-cat drownings. The local coroner is in love with all three women and helps to disguise the murders.
ComedyDrama 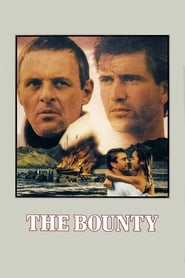 IMDb: 7.1 1984 132 min 438 views
The familiar story of Lieutenant Bligh, whose cruelty leads to a mutiny on his ship. This version follows both the efforts of Fletcher Christian to get his men beyond the reach of British retribution, and the epic voyage of Lieutenant Bligh to get his loyalists safely to East Timor in a tiny lifeboat.
ActionDramaHistory