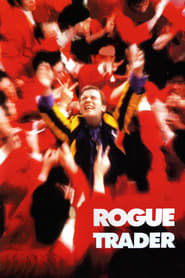 IMDb: 6.1 1990 91 min 530 views
Jack Caine is a Houston vice cop who's forgotten the rule book. His self-appointed mission is to stop the drugs trade and the number one supplier Victor Manning. Whilst involved in an undercover operation to entrap Victor Manning, his partner gets killed, and a sinister newcomer enters the scene...
ActionCrimeHorrorScience FictionThriller

IMDb: 7.7 1988 104 min 393 views
'Toon star Roger is worried that his wife Jessica is playing pattycake with someone else, so the studio hires detective Eddie Valiant to snoop on her. But the stakes are quickly raised when Marvin Acme is found dead and Roger is the prime suspect.
AnimationComedyCrimeFamilyFantasy