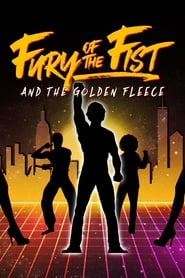 2005 113 min 562 views
Pro quarter-back, Paul Crewe and former college champion and coach, Nate Scarboro are doing time in the same prison. Asked to put together a team of inmates to take on the guards, Crewe enlists the help of Scarboro to coach the inmates to victory in a football game 'fixed' to turn out quite another way.
ComedyDrama

2003 90 min 451 views
Bugs Bunny and Daffy Duck are up to their feuding ways again. Tired of playing second fiddle to Bugs, Daffy has decided to leave the Studio for good. He is aided by Warner Bros.' humor impaired Vice President of Comedy, Kate Houghton, who releases him from his contract and instructs WB security guard/aspiring stunt man DJ Drake to capture and ...
AnimationComedyFamily

IMDb: 4.1 1999 82 min 461 views
Luc Deveraux, the heroic former Universal Soldier, is about to be thrown into action once again. When Seth (Michael Jai White), the supercomputer controlled ultra-warrior, decides to take revenge and destroy its creators, only Luc can stop it. All hell breaks loose as Luc battles Seth and a deadly team of perfect soldiers in a struggle that pits man against ...
ActionScience Fiction