IMDb: 5.3 2004 101 min 504 views
This prequel of the bone-chilling Tremors begins in the town of Rejection, Nev., in 1889, where 17 men die under mysterious circumstances. Spooked by recent events, the miners who populate the town leave in droves until there's nothing left but a shell of a community. It's up to the remaining residents to get to the bottom of the deaths -- ...
ActionComedyHorrorWestern

IMDb: 3.8 1993 99 min 495 views
In the year 2074, the cybernetics market is dominated by two rival companies: USA's Pinwheel Robotics and Japan's Kobayashi Electronics. Cyborgs are commonplace, used for anything from soldiers to prostitutes. Casella Reese is a prototype cyborg developed for corporate espionage and assassination. She is filled with a liquid explosive called Glass Shadow. Pinwheel plans to eliminate the entire Kobayashi board ...
ActionAdventureScience Fiction 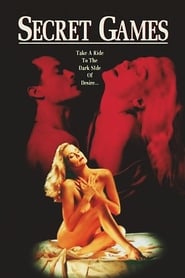 IMDb: 4.5 1992 90 min 497 views
A bored and neglected housewife joins a local escort service and soon sinks deeper into trouble when she finds that she's not permitted to quit when the work gets tough.
DramaThriller

IMDb: 4.8 1990 111 min 344 views
When DEA agents are taken captive by a ruthless South American kingpin, the Delta Force is reunited to rescue them in this sequel to the 1986 film.
ActionAdventure

IMDb: 7.9 1987 119 min 436 views
Young Treasury Agent Elliot Ness arrives in Chicago and is determined to take down Al Capone, but it's not going to be easy because Capone has the police in his pocket. Ness meets Jimmy Malone, a veteran patrolman and probably the most honorable one on the force. He asks Malone to help him get Capone, but Malone warns him that ...
CrimeDramaHistoryThriller

IMDb: 5.4 1985 107 min 378 views
A one-man army comes to the rescue of the United States when a spy attempts an invasion.
ActionThriller