IMDb: 4.3 1993 87 min 322 views
Jason Voorhees, the living, breathing essence of evil, is back for one fierce, final fling! Tracked down and blown to bits by a special FBI task force, everyone now assumes that he's finally dead. But everybody assumes wrong. Jason has been reborn with the bone-chilling ability to assume the identity of anyone he touches. The terrifying truth is that he ...
Horror 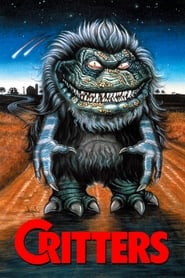 IMDb: 6.0 1986 82 min 396 views
A massive ball of furry creatures from another world eat their way through a small mid-western town followed by intergalactic bounty hunters opposed only by militant townspeople.
ActionComedyHorrorScience FictionThriller

IMDb: 7.3 1986 97 min 427 views
A young man who escaped the clutches of a murderous hitch-hiker is subsequently stalked, framed for the hitcher's crimes, and has his life made into hell by the same man he escaped.
ActionHorrorThriller

IMDb: 6.3 1984 122 min 481 views
Farming family battles severe storms, a bank threatening to reposses their farm, and other hard times in a battle to save and hold on to their farm.
Drama

IMDb: 6.9 1980 94 min 419 views
A renowned former army scout is hired by ranchers to hunt down rustlers but finds himself on trial for the murder of a boy when he carries out his job too well. Tom Horn finds that the simple skills he knows are of no help in dealing with the ambitions of ranchers and corrupt officials as progress marches over him ...
ActionDramaWestern