IMDb: 6.4 1995 82 min 344 views
A vampiric doctoral student tries to follow the philosophy of a nocturnal comrade and control her thirst for blood.
DramaHorror

IMDb: 5.9 1993 87 min 364 views
When Environmental Protection Agency inspector Steve Malone travels to a remote military base in order to check for toxic materials, he brings his family along for the ride. After arriving at the base, his teenage daughter Marti befriends Jean Platt, daughter of the base's commander, General Platt. When people at the base begin acting strangely, Marti becomes convinced that they ...
HorrorScience FictionThriller 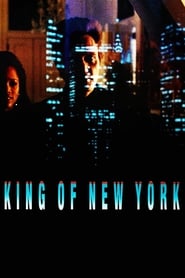 1990 103 min 382 views
A former drug lord returns from prison determined to wipe out all his competition and distribute the profits of his operations to New York's poor and lower classes in this stylish and ultra violent modern twist on Robin Hood.
CrimeThriller

IMDb: 5.6 1984 97 min 387 views
Strippers in Manhattan are being stalked and murdered by a psycho. A hard-nosed police detective and a conflicted ex-boxer-turned-private-eye, hired by the strip club owners, set out to find him before he strikes again.
CrimeDramaMysteryThriller

IMDb: 6.8 1981 81 min 353 views
A shy and mute seamstress goes insane after being attacked and raped twice in one day. She wanders the New York streets at night in a sexy black dress with her attacker's gun strapped to her garter belt, blowing away any man who tries to pick her up.
CrimeDramaHorrorThriller